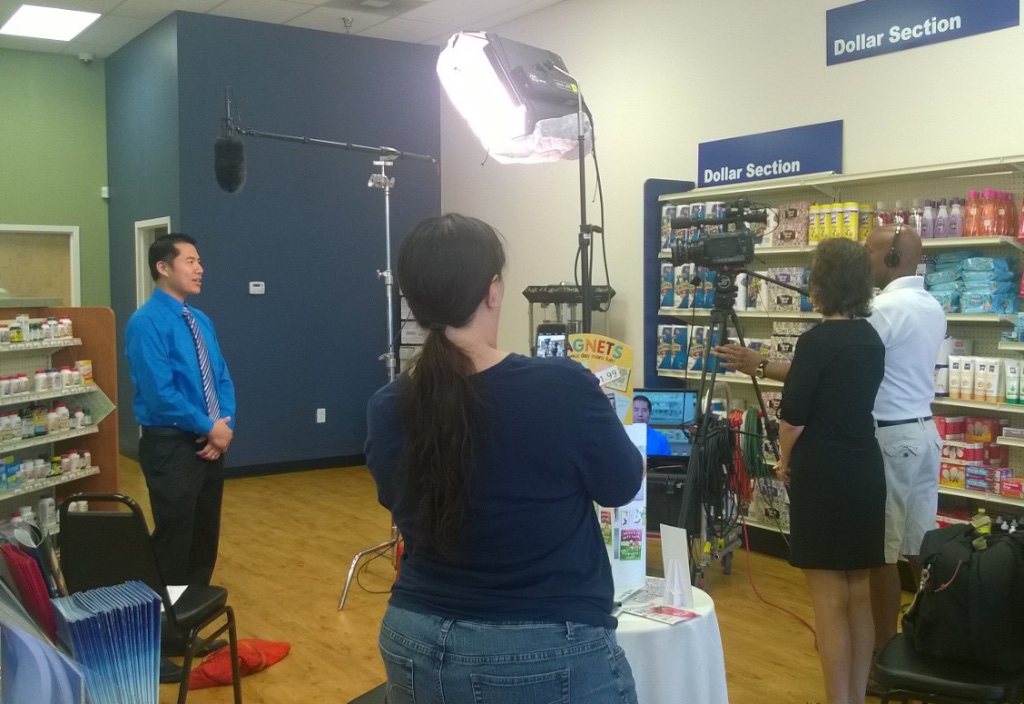 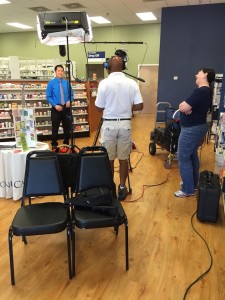 Jason Wang, pharmacist at the Pevely Medicine Shoppe, being interviewed for the series of commercials for his shop.

Pharmacist Jason Wang took part in a great number of the commercials as did his happy customers. 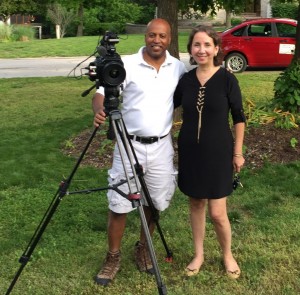 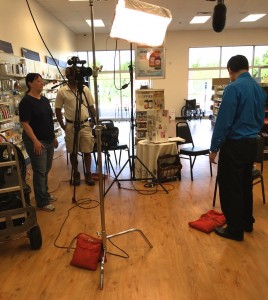 Tony West shoots with the top-of-the-line Sony F3 camera and super speed Zeiss prime lenses. Production equipment like this, on any scale of production, does not get any better. 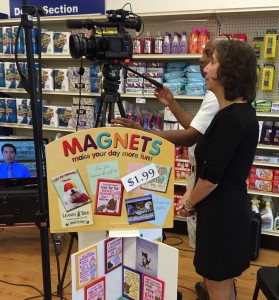 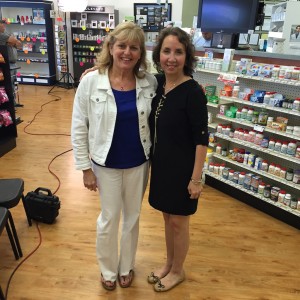 Sherry Norvell, from Charter Media, dropped by during the shoot. Sherry is the advertising rep who Leventhal Productions buys the commercial time from and gets the Medicine Shoppe Pharmacy spots on the air.