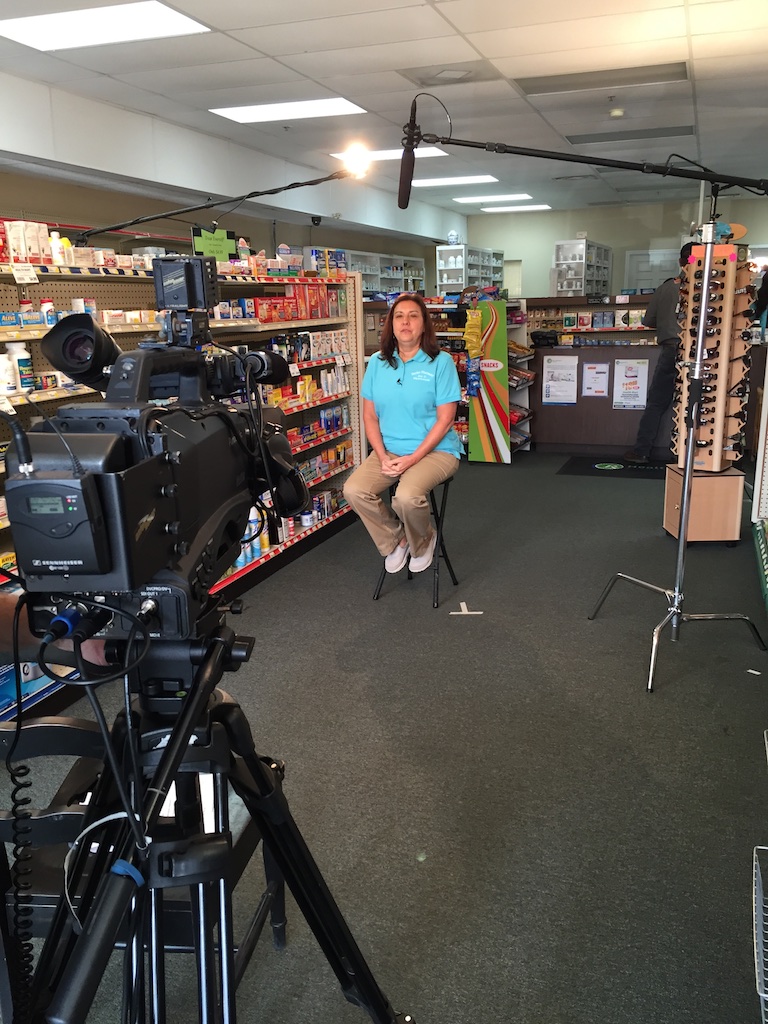 Leventhal Productions just completed a television and radio production shoot at Darien Pharmacy in Darien, Georgia. This is the first time pharmacist and pharmacy owner Janice Colter will be promoting her pharmacy. Judy Leventhal met Janice at the PDS conference in Orlando earlier this year. 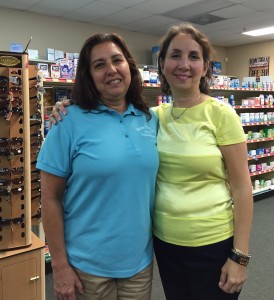 The filming was done by a two-man camera crew from Guerrilla Productions, headquartered in Savannah, Georgia. They have been in the production business for more than 30-years and also produce and shoot all of Paula Dean’s programs. 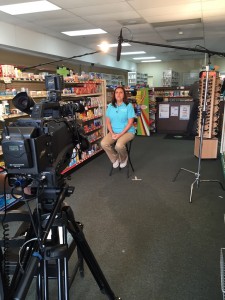 When Leventhal Productions conducts a shoot it is typically a lengthy and thorough all-day production during which elements are gathered for commercials that can run for years to come. 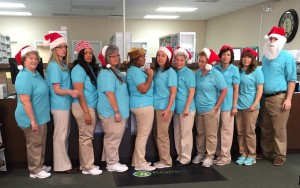 Darien Pharmacy employees wearing Christmas hats for promos that will run this December.

Videographer Wil Kazary and gaffer Dan Kurtz, who handles the lighting and electrical aspects of the shoot, were fantastic. 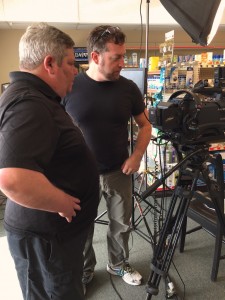 Wil and Dan were a fantastic crew who, in addition to their production equipment of location lighting and audio, even brought along two two 1080p HD video cameras. 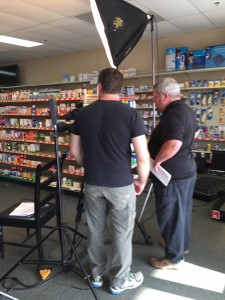 The also brought a 4-foot motorized slider slider that moved the camera and gave an incredibly dynamic look to the production. 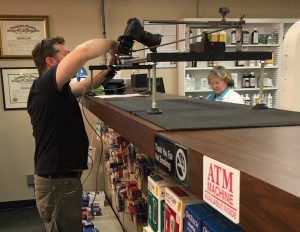 By the way, Wil  didn’t buy the slider — he designed and built it himself! 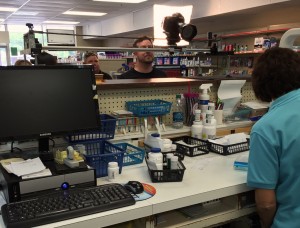 Videographer Wil and lighting gaffer Dan, as well as everyone at Darien Pharmacy, just went all out. 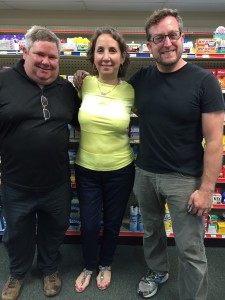 Check out the Guerrilla Productions site (guerillapro.com) — it’s a good one. 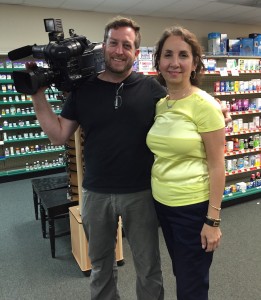